Charlie Ernst will be entering his seventh season at the helm of the Oilers men’s basketball program during the 2017-18 campaign. As Findlay's Head Coach, Ernst has led the Oilers to an overall record of 131-47 (.736).  He has also led the team to three GLIAC Tournament titles, four GLIAC South Division titles, four NCAA Division II National Tournament appearances, and one Sweet Sixteen appearance.

Ernst has been associated with some of the best teams in school history. His tutelage on the defensive side of the ball has allowed the Oilers to become one of the most successful teams in terms of winning percentage at the NCAA Division II level since the year 2000.

In addition to his in-season coaching, Ernst founded the UF Cager Club which serves as both a fundraising arm and booster club for the men’s basketball program. It has grown each year and currently boasts over 180 members with a dollar amount of over $12,000.

Ernst also remains extremely busy in the summer months. He directs the UF Oiler Basketball team camps.  This past year, 190 schools participated in the four sessions (junior varsity and varsity) from three states. The Oilers team camp is considered one of the largest and best camps in Ohio.  The camps also serve as a great recruiting tool for Findlay.

A native of Minster, Ohio, Ernst was a three-year letterman and two-time team MVP for Minster High School.  He was also a two-time all-Midwest Athletic Conference selection and was named honorable mention all-Ohio during during his career.

Dan Shardo, Associate Head Coach
Dan Shardo is entering his tenth season with the Oilers men’s basketball team in 2015-16 and will serve as the associate head coach, a role he has held for the past three years.

During his time with the program, the team has enjoyed great success. While an assistant on staff, the Oilers have recorded a 227-50 record.  He has been a part of seven GLIAC South Division championship teams, six GLIAC Tournament winning squads and has helped coach the Oilers to seven NCAA Division II National Tournament appearances.  He was also serving as an assistant coach on staff when the Oilers went 36-0 during the 2008-09 campaign en route to the NCAA Division II National Championship.

Shardo’s responsibilities as the associate head coach during the season include working with wings and post players, game film editing, scouting and supervising the conditioning and weight lifting programs.  In a dual role, Shardo also acts as the director of marketing for the UF athletic department in addition to his coaching responsibilities.

During his collegiate career, Shardo was a four-year starter at Wilmington College. He was voted team captain and MVP twice and is ranked in the top ten in all-time scoring as well as being the all-time leader in three pointers made. He graduated from Wilmington College with his bachelor’s degree in education and later earned his master’s degree in education from Marygrove College.

View all posts by: admin 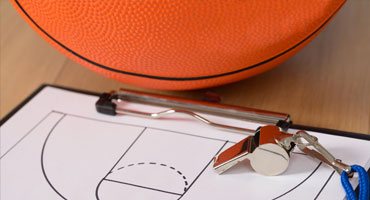